“If humans are capable of instigating multiple origins of life under a broader array of circumstances than life currently exists, ought we to do it?” – Betül Kaçar

Pleased so see my book on my friend, Harold Denton, released in print by the American Nuclear Society.

KnitX is a set of functional textiles computationally-integrated with digital knitting. The use of active and electronic fibers in the design enables garment and interior fabrics that dynamically respond to gesture and sunlight, change their appearance, and provide thermoregulation…

What if your clothes were smart enough to understand the weather or your emotions?

A Singaporean start-up has set-up the country’s first ever urban insect farm, which extracts biomaterials to be used in pharmaceuticals and electronics...

Rather a grander title than this post. I’ve been so busy the last three weeks that time to ruminate has suffered. So today I integrate some of the exterior into the interior – sort of like what sleep ostensibly does to our daily experiences each evening.

Writing aside, my Twitter connections have fed so much material around the themes that I follow that the tide has pretty much swept the beach clean. Some reading, a lot of “archive and get to later” and even more “wow, that was interesting and maybe I can follow up.” The whole area of so-called “emerging technologies” across the broad human spectrum has been simultaneously wondering and haunting.

Biotech has been of hot interest of late – so many drugs and technologies evolving at a such a rapid pace. “Kill switches” in GMO’s actualize at least one movie plot whose name now escapes me. The whole nascent realm of synthetic biology is fascinating as is the related areas around genomics. Two films I’ve seen recently, “One Sense” and “The Last Days,” both European rather than American, artfully touch on related ideas in differing styles. “One Sense” in particular, with its storyline of gradual sensory loss until only the afflicted’s sense of touch remains, strikes a nerve around the whole idea of feeling my collective humanity.

“Wearables” – whether bracelets, watches, Google Glass-style eyewear, or VR goggles continue the technological march into our “quantified selves” and our layering of increasing virtual realities and data across our physical sensory worlds. More data, but not yet so useful until contextualized, or analyzed, or tied through social media or some form of internet-of-things into a larger collective framework. Whatever I may think about it, it has to be absorbed (or disavowed if so inclined).

I find the swiftly evolving technological expertise in China and other Asian nation markets astonishing as technology once developed and exported primarily for western consumption is increasingly funneled into its own home markets. Xiaomi, Alibaba, Malaysian startups – not to mention Japan’s cultural technology integration – seem but glimpses of the future, an Asian singularity racing to an unrealized future all its own.

Futurists, disruptive insights and technologies, innovations, clean energy technologies are just a few others recently streaming across my internal monitor.

Tying it all together, for me, is the other half of the equation – how to use new technologies in ethical  and people-affirming ways. Our much-stained history isn’t particularly encouraging, and yet some things seem more encouraging now than at any time in the past.

I’ve seen reiterated recently that our technological advances serve our philosophies/worldviews. (And vice versa, these same mental model constructs determine what technologies we develop in an often closed loop.) And so the intense competition among philosophies, ideologies, theologies and so forth is at least of equal, if not of more, import than our technologies.

Quick, and off-the-cuff, but oh so interesting these days…wonder, both positive and negative, at this world around.

An interesting idea in which India is synergistically combining two technologies to relieve problems of drought and energy production. It has been more expensive initially, but rather elegant in technological simplicity and land and water conservation. You can read more here – Solar Canals in India and here. 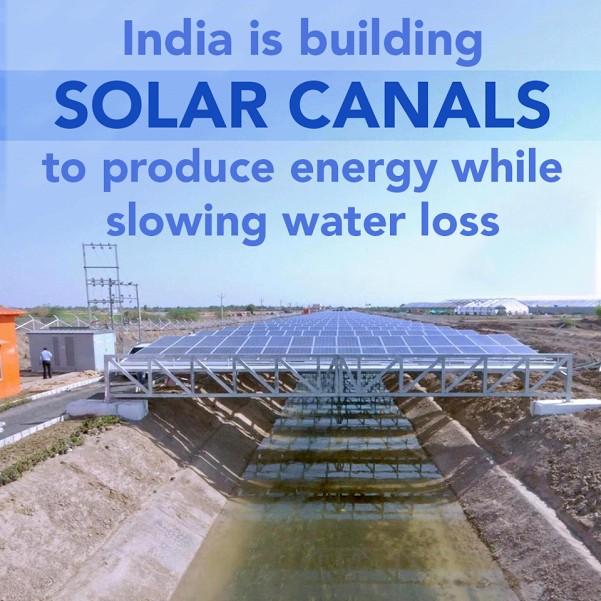 It was billed “the world’s most unique event for do-it-yourself adventure travel enthusiasts, with hundreds of session-hours of classes for 4-wheel-drive and adventure motorcycling, inspirational programs, the Overland Film Festival, roundtable discussions, demonstrations, food, and a large expo featuring over 150 vendors of adventure travel equipment, camping gear, bikes, vehicles, and services.”

Owned and operated by Jonathan and Roseann Hanson, this annual Arizona event, now in its sixth year, expanded East for 2014 and, at least from my perspective, seems to have been a first year success. END_OF_DOCUMENT_TOKEN_TO_BE_REPLACED

I like technology… a lot, particularly that which makes communication easier. I also prefer it as a tool that I control rather than vice versa. But I’ve been as enamored as any lover at differing times and so found the following fun and refreshing…

the purpose of reality