from “THE NINTH ELEGY”
by Rainer Maria Rilke

Why, if it could begin as laurel, and be spent so,
this space of Being, a little darker than all
the surrounding green, with little waves at the edge
of every leaf (like a breeze’s smile)—: why then
have to be human — and shunning destiny
long for destiny?… 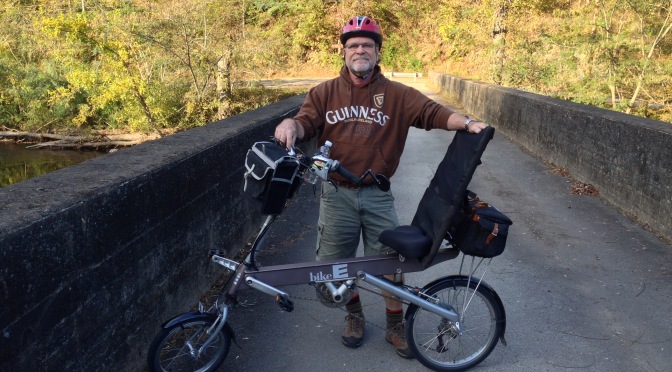 I grew up in the generation that knew bicycles and the unparalleled freedom that they offered during those years before we were old enough to drive a car. Streets were safer. Towns more easily accessible, and I spent many a summer gone from dawn to dusk on those mysterious adventures common to boys of a certain age. My mother didn’t have to worry and I was free to explore beaches and waterways and neighborhoods as the day moved me.

END_OF_DOCUMENT_TOKEN_TO_BE_REPLACED

Acetylcholine (ACh) increases the activity of neurons to detect stimuli that would be typically below an attention threshold. As such it enhances visual processing through signal amplification and may represent the biological basis underlying the process that our minds undergo in focusing attention upon something.

“That’s what attention does–it strengthens the signal you’re interested in and that strengthening helps you filter out other things” said Anita Disney of NYU, “Our findings show that acetylcholine has the ability to turn up the volume on visual activity, just like attention does.”

To watch a scene like this in the middle of the night makes one feel altogether a different person, and the daylight life an illusion. Then again, this morning that midnight world faded away into some dreamland, and vanished into thin air. The two are so different, yet both are true for man. Shelidah, 10th August 1894.

Many other things move me as well of course. And of many things that they have in common, a piquant poignancy is one important thread among many – a poignancy that not only occurs “in the moment” of the actual event, but is brought forth again and heightened by the simple act of remembering.

Memory is a tricky thing – that which we remember is but one approximation of the actuality – colored by who we are and what we’ve experienced. Events often becomes more pleasant in memory than the actual event itself. Our brains are pretty good storage instruments in many regards – not so much of data perhaps, but of information (data interpreted) and experience (data acted upon). But they act more effectively as interpreters than storage instruments. (Check here and here for the drier explanation if you like.)

And that is significant. For us as individuals data alone is fairly irrelevant. But data that is interpreted, experienced and colored by the complex emotional components that spring from our brains is the stuff of which our memories are made.

I think that’s why experiments such as Gordon Bell’s MyLifeBits, while important, and even useful as tools, ultimately remain only that – tools of recall for our brains and minds. The data is just data. Its significance lies in the act of recollection.

And so Tagore’s words move me in my memory some 100 years after they were written. It isn’t merely the data that he left behind – but what those words cause to resonate within me. And it is that resonance that causes me delight – even as it reminds me of the limitations of my mind.

Suppose consciousness exists at a more fundamental level than the brain’s cortex. Swedish neuroscientist Bjorn Merker suggests that “primary consciousness,” which he regards as an ability to integrate sensations from the environment with one’s immediate goals and feelings in order to guide behavior, springs from the brain stem. “To be conscious is not necessarily to be self-conscious,” Merker says. “The tacit consensus concerning the cerebral cortex as the ‘organ of consciousness’ … may in fact be seriously in error.”

Merker bases his proposals on observations of cortically-deprived children with a condition known as hydranencephaly, the absence of most of the brain’s cortex. The children that he observed “recognized familiar adults, liked familiar settings, and preferred specific toys, tunes, or video programs. Although saddled with limited mobility, some kids took behavioral initiatives, such as learning to activate a toy by throwing a switch.”

He also built his theory on earlier work conducted by Canadian neurosurgeons Wilder Penfield and Herbert Jasper. Their work in removing large portions of cortex in the treatment of severe epilepsy helped isolate physiological bases for “absence epilepsy,” a sudden loss of consciousness, that indicated brain stem involvement in primary consciousness. Merket adds that animal research activity since that time confirms the brain stem’s involvement in primary consciousness.

He proposes that such a consciousness yields a two-dimensional view of the world with moving shapes. It also is able to respond emotionally in ways that are recognizably human, suggesting that the brain stem is more than a mere reptilian vestige. “The human brain stem is specifically human,” Merker says. “These children smile and laugh in the specifically human manner, which is different from that of our closest relatives among the apes.”

Link: Consciousness in the Raw

One support group’s experiences and observations: Rays of Sunshine

A bad pun indeed, but how do I know where I am? I wake up every morning and look around. I look down and see my arm – I see “me.” I have yet to wake up and find myself somewhere else in the room looking at my body lying on the bed. This fundamental question about the relationship between human consciousness and the physical body has long been the topic of discussion in philosophy, theology, psychology and the popular press, but has been rarely seen within controlled clinical settings with healthy subjects.

Dr. Henrik Ehrsson, University College London Institute of Neurology, devised a recent experimental method that allowed him to induce an out-of-body experience in healthy people under controlled conditions. By setting up separate video displays that feed live images of participants’ backs into each eye he provided the subjects a viewpoint in which they perceived that they were sitting behind their own bodies. Using two plastic rods to simultaneously touch points on both their real bodies and where the perceived bodies were located he was able to induce the test subjects to feel that they were indeed sitting behind their bodies and watching the action.

“This experiment suggests that the first-person visual perspective is critically important for the in-body experience. In other words, we feel that our self is located where the eyes are,” Ehrsson said.

The eyes’ perception “trumped” the actual feel of the plastic rod on the participant’s skin.

To try a simpler version of this yourself:

For a quicker, less powerful jaunt outside your bodily confines, try the double-mirror trick: Position two mirrors facing each other and then lean toward one so that two thirds of your face is reflected in it. Scratch your cheek and stare deep into the hall of mirrors you have created, past your original reflection, past the image of your back, and settle on the third reflection—your own face but slightly obscured. Within seconds, you won’t recognize that reflection as you, says neuroscientist Eric Altschuler of the University of Medicine & Dentistry of New Jersey in Newark, who reported the phenomenon in the April issue of Perception.

Understanding ourselves and the world we live in.

True wealth is the wealth of the soul

a repository of experimental haiku & poetry

All images colored by me can be used for free for any purposes but commercial.

In happiness my words I lack, in grief they overflow.

Seeking Solace in the horizon of life & beyond

The Art of Blogging