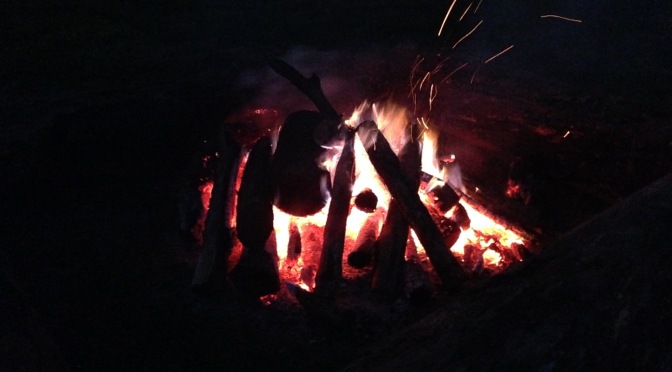 We strive so hard to share. From a technological standpoint, one thread of our cumulative history as a species has been our growing ability to communicate – more information, faster dissemination, ever larger audiences.

Threaded throughout this whole, our logic and emotions weave from the dual hemispheres of our left and right brains a warp and weft of fact and fiction that create those tapestries we want others around us to see.

And after all these cultural millennia, we still best understand these efforts through the structure of narrative. Our storytelling still resonates our shared bonding around smoky campfires pushing back the threatening darkness around us…and existential loneliness within.

And so we share. More. Faster. Broader. Hope and fear equally driving our ebb and flow.

At the end of the day, as shadows lengthen and campfires are lit once again to drive away the dark terrors of night and soul, connection still remains a wonder and a mystery, a flicker of light in the darkness… a beacon of hope, 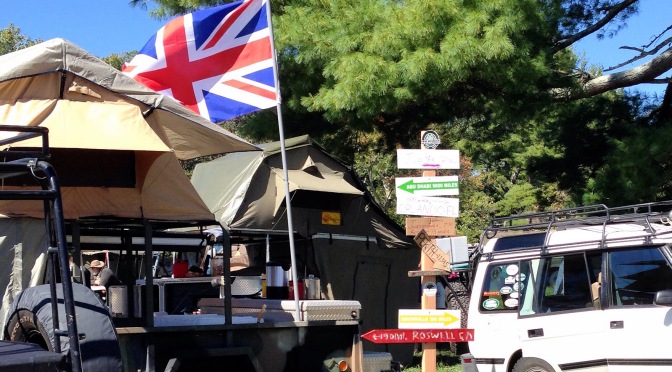 It was billed “the world’s most unique event for do-it-yourself adventure travel enthusiasts, with hundreds of session-hours of classes for 4-wheel-drive and adventure motorcycling, inspirational programs, the Overland Film Festival, roundtable discussions, demonstrations, food, and a large expo featuring over 150 vendors of adventure travel equipment, camping gear, bikes, vehicles, and services.”

Owned and operated by Jonathan and Roseann Hanson, this annual Arizona event, now in its sixth year, expanded East for 2014 and, at least from my perspective, seems to have been a first year success. END_OF_DOCUMENT_TOKEN_TO_BE_REPLACED 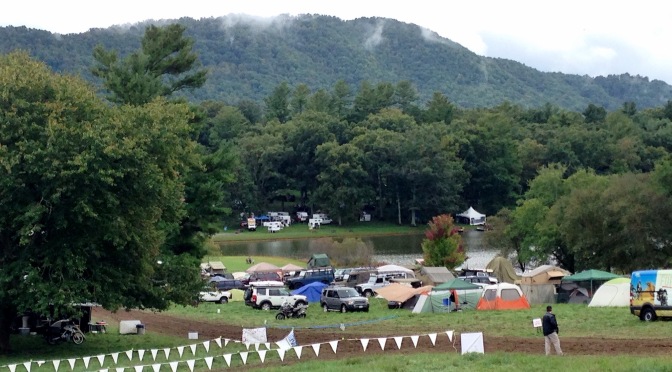 We’re in Asheville, North Carolina this weekend to take part in the first ever eastern Overland Expo. Befitting, perhaps, is the fact that it rained all day and the entrance into the camping area became a huge mud run (in which most folks seemed to be having a fine time sliding around.) Jeeps? Sliding. Four-wheel drive trucks (mine included) – the same. But we’re now parked on the hillside looking down towards the lake and events have warmed into full swing. For more info you can check out overlandexpo.com. 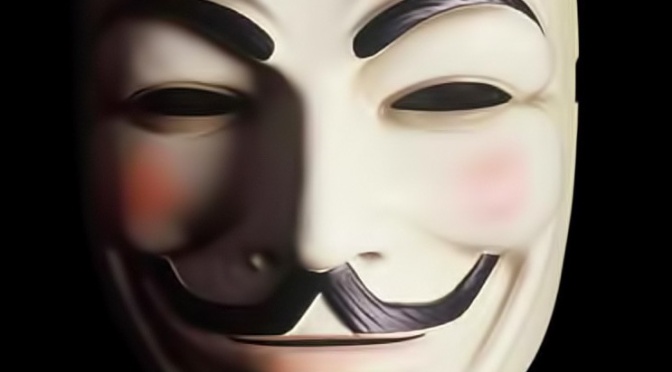 “Study reveals individual neurons in the human brain are triggered by the subject’s conscious perception, rather than by the visual stimulus.” (Redorbit).

Through the examination of morphed faces, researchers concluded that only in the act of recognition did neurons actually fire. Subjective perception rather than objective visual stimulus caused the firing.

Professor Rodrigo Quiroga at the University of Leicester then went on to say, “In a sense, the interpretation of this result goes way back to British Empiricism and even to Aristotle. As Aristotle put it, we create images of the external world and use these images rather than the sensory stimulus itself for our thoughts. These neurons encode exactly that.”

Subjective perception… and the power of worldview and our mental models of the world around us.

Ever so subtly the chains that bind

Wrap us in their siren embrace.

And though I see you,

I see you as I see you –
Not as you really are… and rarely your true face.

Interesting writing  bringing a bit of emphasis on the importance of taking the liberal arts, particularly philosophy, out of the ivory tower…

As my wife and I aged (gracefully, I like to think) out of tent camping, I began looking for an alternative that wouldn’t sacrifice the spirit and feel of the outdoors at the expense of comfort. I didn’t want to tow a trailer as I wanted to be able to camp in more out-of-the-way places than RV parks. The same for a motorhome – in addition to mileage constraints and the expense of gas. Truck campers, meanwhile, had always seemed a bit unwieldy to me.

So I began researching alternatives a year or so ago. My preconceptions were changed, of course. None of my initial thoughts were totally accurate and I developed a personal feel for the pros, and not just the cons, of each type of recreational vehicle. But it wasn’t until I looked at the many versions of pop-up truck campers, trailers and vans that I started to hone in on a solution that seemed to meet our criteria – which not so surprisingly from this side of the search, turned out to be a pop-up truck camper. A four-wheel drive truck might not be a Jeep Rubicon, but it could go most of the places I thought we’d want to go.
END_OF_DOCUMENT_TOKEN_TO_BE_REPLACED

I like technology… a lot, particularly that which makes communication easier. I also prefer it as a tool that I control rather than vice versa. But I’ve been as enamored as any lover at differing times and so found the following fun and refreshing…

Ethereal as smoke they rise.

They neither scatter nor dissipate,

Nor constrain through rigid form,

But stack, instead, one upon another

Our yearnings toward heaven.

Seldom sensible in appearance or use,

They remain precarious in balance, and

Urgent desires of our nighttime,

Rich compass of our days. 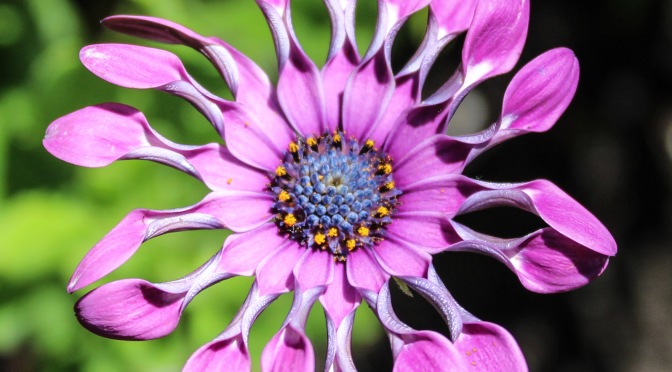 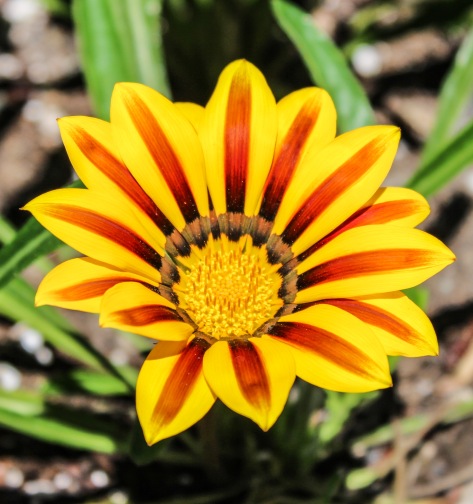 This is a test of image and text… so maybe a couple of random flower photos are as good an object as any to test a post. If I wanted to be a bit more granular, I guess I could say that they are photos taken at Butchart Gardens on Vancouver Island near Victoria, BC. 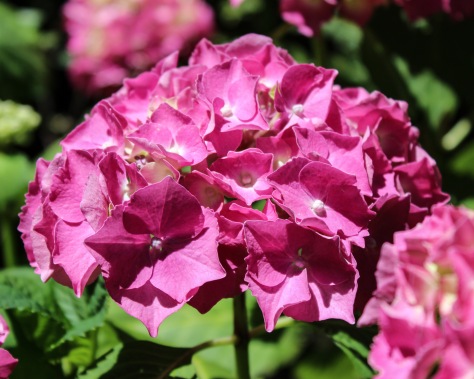 At the next level, I could even say what kind they are…but I’ve forgotten 🙂

My levels of wonder ranged from the beauty of the island to the gardens to these flowers. And could have gone on to petals…to cells…to atoms, and then on to quantum fluff, I suppose.

So if the eye of an observer plays a deterministic role in reality itself at certain levels, then just maybe his wonderment has its own effects across its infinite hierarchy as well…